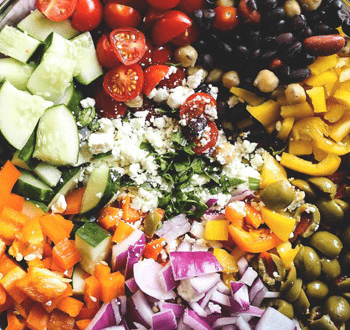 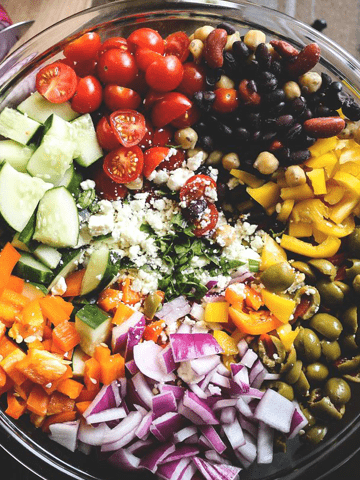 The Mediterranean diet is rapidly becoming recognized as one of the healthiest diets in the world. It is touted for consisting of large amounts of fresh fruits and vegetables, salads, nuts, seeds, rich oily fish containing omega-3, olives and olive oil. It is comparatively low in dairy products and red meats.

The people of the Mediterranean region, especially Greece and Spain, are very lucky to live in an area where naturally healthy foods are readily available. The incidence of heart disease and cancer are lower in the Mediterranean than any place in the Western world. Experts have now come to believe that this is due largely to what has become known as the Mediterranean diet.

In the West, due to modern farming techniques and world wide transport, most people’s diets have changed dramatically in the past century. It is now becoming evident that such changes have had an extremely detrimental effect on our health. These changes have occurred much less in the Mediterranean region.

The foods of the region provide large amounts of vitamins, minerals and fiber along with a wide variety of antioxidants and phytochemicals. Scientists are only now beginning to recognize the importance of these foods, as they discover more and more healthful benefits of including these elements in our diet.

Historically much of the milk in the Mediterranean world has been produced from goats and the cheeses are also made from goat’s and ewe’s milk. Only occasionally is red meat eaten; instead a large majority of the protein is supplied by oily fish such as sardines, mackerel, tuna, sword fish, boquerones and anchovies.

The main oil used is olive oil, which is traditionally cold pressed virgin. This is used not only for cooking and in salads but also for putting on bread instead of butter.

All of these foods provide a wide variety of nutriments which have an amazing array of claims for improving our health. These benefits include lowering cholesterol, improving our immune system, increasing our metabolism, and improving insulin sensitivity. It really has never been so true that you are, indeed, what you eat.

Of course, in addition to all the healthy components of this diet, there is the additional fact that honey is often used in place of sugar, and that very little refined carbohydrates are eaten.

The Mediterranean diet is not magical, nor is it mysterious. But it has important things to teach us in the Western world. Living as we do in a fast-paced society of convenience, it is time to ask ourselves if all of our improvements and progress are doing more harm than good.

Here’s more on %NEXTARTICLE% or you can try the tasty Mediterranean diet today.