4 Astonishing Health Benefits of Ginger: Why You Need to Add Ginger to Your Dishes 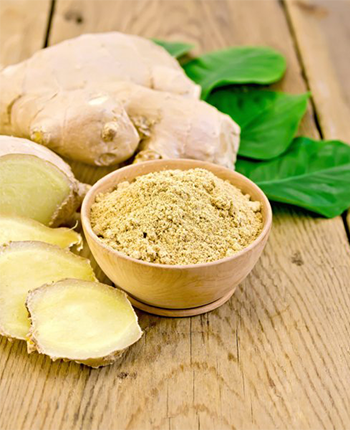 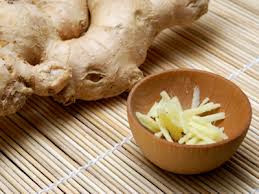 After discussing ginger’s ability to prevent body pain and nausea in last week’s post, here are some other health benefits of ginger that you should definitely know of. ALSO, It is a common ingredient in Mediterranean diet recipes. Are you ready to get started? Well, so are we!

Other Important Health Benefits of Ginger

Ginger provides effective gastrointestinal relief. Ginger has been traditionally known as an effective remedy for queasy stomach, abdominal cramps, stomach flu and heartburn. It is also very effective against menstrual cramps. Modern research reveals that ginger can provide soothing relief for gastrointestinal pain since it contains gingerols and shogaols, two natural compounds that can help relax the intestinal tract.

Ginger can be used to treat colds and flu. Herbalists believe that you can effectively prevent an oncoming flu by sipping ginger tea throughout the day. On the same note, there are also a number of modern studies indicating that ginger can actually kill the influenza virus and fortify the body’s natural immune defenses.

It can help treat migraine. Ginger can also be used to treat migraines. According to the results of a research conducted by experts in the Odense University in Denmark, ginger may help prevent the onset or reduce the symptoms of migraine by blocking the action of prostaglandins. To achieve this effect, researchers recommend taking ginger in fresh or powdered form at the first sign of a migraine. However, further research may be necessary to confirm this finding.

It may help prevent the onset of diabetic cataracts. According to a study conducted by researchers from the National Institute of Nutrition in Hyderabad, India, adding 0.5% or 3% ginger to diabetes-induced rats’ diets for two months significantly delayed the onset and the progression of diabetic cataract. Further details can be found in the 2010 issue of the journal Molecular Vision.

It can help reduce your risk of heart disease. According to the results of a study involving laboratory rats in Israel, ginger extract can significantly help improve cardiovascular health by reducing cholesterol level, preventing the oxidation of low density lipoproteins (LDL) and preventing atherosclerosis.

Researchers further observed that after giving 250 mg of ginger extract to laboratory mice on a daily basis, aortic atherosclerosis lesions were lessened by as much as 44% while plasma triglycerides and cholesterol were reduced by about 27% and 29%, respectively. LDL oxidation and aggregation was also significantly reduced. Further details can be found in the May 2000 issue of the Journal of Nutrition.

It can help lower your risk of developing cancer. Numerous studies indicate that ginger can help prevent colorectal and ovarian cancer. According to a report published in the October 2011 online issue of the journal Cancer Prevention Research, study participants who took 2 grams of ground ginger root for 28 days manifested a 28% reduction rate in the level of inflammation in their intestines as compared to those who did not. This is considered to be of great significance since people who suffer from digestive inflammatory conditions are more susceptible to developing colorectal cancer.

Additionally, a report presented at the Frontiers in Cancer Prevention Research in Phoenix, Arizona on October 2003 suggested that gingerols may prevent the growth of colorectal cancer cells in humans.

Research also indicates ginger can kill ovarian cancer cells.  According to a study presented in the 97th AACR Annual Meeting in Washington, DC on April 2006, ginger do not only induce the death of ovarian cancer cells. It also prevents the cells from developing a resistance against its cancer preventing effects.

Wow! That was quite a handful, don’t you agree? With all the health benefits of ginger, will you now consider using it? Try some of my compilations from my Mediterranean diet recipes eBook. You really should – if you know what’s good for you!