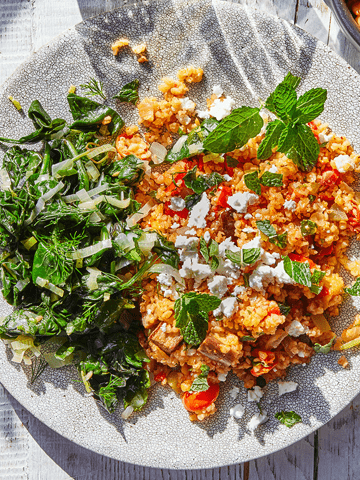 Some good fortune has helped to explain one of the mysteries of the Mediterranean diet which is already renowned for controlling weight, longevity enhancement and an agent for reducing the risk of heart disease and some types of cancer…

The very popular olive oil is an ingredient used frequently in mediterranean cookbooks and recipes across the globe. It seems that well known source of good health is about to be given another health benefit tick but this time as a source of pain killer or compound similar to those over-the-counter products or inflammatory items we all so often buy.

Olive oil has been found to inhibit cyclooxygenase (COX) enzymes, which plays a key role in causing inflammation, stated the report Thursday’s issue of the weekly British journal Nature. The ubiquitous painkiller ibuprofen has a similar pharmacological action.

This all came about accidentally, on a trip to Italy by biologist Gary Beauchamp, from Monell Chemical Senses Centre, University of Pennsylvania.

Beauchamp had previously noticed when he took ibuprofen, he experienced a stinging sensation in the back of the throat – and he suddenly noticed the same tingling when he tasted pungent newly-pressed olive oil while attending a molecular gastronomy conference on Sicily.

When he returned to the USA, Beauchamp and his colleagues worked to identify the newly found chemical.

Separated from the rest of the ingredients that make up olive oil, the compound has been dubbed oleocanthal (“oleo”, for olive; “canth”, for sting; and “al” for aldehyde).

To put to rest the possibility that other compounds may be responsible for the irritation, Beauchamp’s team assembled a synthetic form of oleocanthal and tested it on volunteers, and also tested it in lab dishes of COX enzymes.

So, according to the researchers, taking 50g of extra-virgin olive oil containing as much as 200 micrograms of oleocanthal per day is roughly equivalent to 10 percent of the recommended dose of ibuprofen for adult pain relief.

Now they will attempt to identify exactly how oleocanthal inhibits the enzymes, and how this is related to throat sting.

The well renowned healthy diet is based on olive oil, fish, fresh fruit, vegetables and nuts, and a daily glass or two of red wine. While Ibuprofen has been associated with a reduction in the risk of developing some kinds of cancer and of dangerous blood clotting.