Can You Live Longer And Healthier Through The Mediterranean Diet? 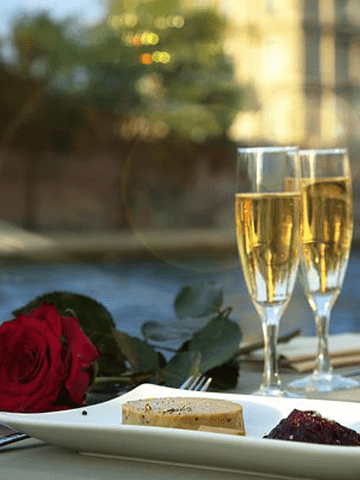 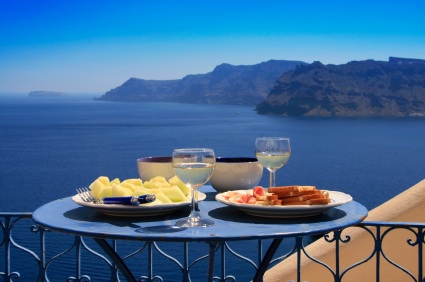 The Mediterranean basin was the birthplace not just of much of our Western political and artistic culture, but of a great culinary culture as well. Unlike the animal-based diets of the northern Europe, the culinary traditions of the Mediterranean countries of Greece, southern Italy, Cyprus, Spain and Turkey are fundamentally plant-based. Even more significantly, in these lands, the olive and its oil served as the prime dietary source of fat and its flavor-enhancing  power while allowing people to live longer and healthier.

Over the last several decades, the benefits of the Mediterranean diet have been extremely influential. In fact, the Mediterranean diet is one of the primary models behind the development of modern nutritional guidelines from authorities like the World Health Organization, the Mayo Clinic, and the American Heart Association. These government and health experts follow the lead of the Mediterranean diet in the emphasis they place on eating fresh fruits, lots of vegetables, whole grains and legumes, fish, and monounsaturated fats in place of the red meats, animal-fats, and refined and processed foods that have come to characterize our modern eating habits.

Health Benefits of the Mediterranean Diet

Recently, a research team from the University of Zaragoza in Spain led by Dr. Faustino R. PÃ©rez-LÃ³pez undertook a comprehensive review of the clinical and experimental research literature documenting how the Mediterranean diet correlates with a variety of major health concerns, including hypertension, cardiovascular disease, obesity, the metabolic syndrome, cancer, life expectancy, bone health, and rheumatoid arthritis. In every one of these areas, research from the Mediterranean region and around the world has found significant evidence of health benefits from adhering to some version of a Mediterranean diet.

Lower rates of osteoporosis in Mediterranean countries and of rheumatoid arthritis among people who consume larger quantities of olive oil and fish suggest that these ailments too are positively affected by elements typical of the Mediterranean diet. [Prynne 2006, Linos 1999]

Diet and Lifestyle Elements of the Mediterranean Diet

Given how much of the Mediterranean diet is practically boilerplate now for nutritional guidelines and recommendationsâ€”such as the importance of fruits, vegetables, and whole grainsâ€”it’s worthwhile emphasizing here some of the distinctive elements that have remained somewhat less familiar and accepted: i.e., the prominent role of fats (MUFA and PUFA) from olive oil, fish and nuts, of tomatoes and of red wine.

The Mediterranean diet as it was originally defined and studied is actually much more than a list of foods. It is (or was) part and parcel of a very particular region, climate, culture and way of life.

The temperate climate of the Mediterranean region fostered a very different lifestyle than is found in northern Europe, for instance. Much more of work, social and family life can be conducted out of doors. Sunshine itself is a health-giving anti-depressant for many people and contributes to higher levels of cardioprotective vitamin D. The heat common to the Mediterranean climate contributed to the custom of siestas, which may also yield heart benefits. The climate is obviously conducive to certain agricultural cropsâ€”the olive orchards most notablyâ€”and to the predominance of a plant-based diet. Finally, the fact that the economy of the area was fairly depressed for many years may actually have protected people from adopting the overly rich and processed diet of modern developed countries quite so quickly.

The Future of the Mediterranean Diet

Many of these lifestyle factors are disappearingâ€”though not the heat and the sunshine of course. Economic development and industrialization are changing the way Mediterranean people eat and live and bringing them more into line with many of the less-healthy characteristics of the modern Westernized diet.

On the other hand, all of the primary elements of the Mediterranean diet are now available in markets throughout the developed world. It may take more conscious effort in our far-flung locations, but the benefits of the Mediterranean diet can now be extended far beyond its geographical birthplace and contribute to better health and longer lives for people everywhere.

Giugliano D, Ceriello A, Esposito K. The effects of diet on inflammation: emphasis on the metabolic syndrome. J Am Coll Cardiol 2006;48:677-85.

A native of Greece, Matt Papa’s knowledge of the Mediterranean diet was gained firsthand. Now a postdoctoral research fellow in biochemistry and molecular biophysics at Washington University School of Medicine in St Louis, MO,Â  Matt writes articles about the health benefits of traditional diets and reviews on best diets to lose weight in his spare time. He also posts information about gastric bypass support tools and offers a coupon for Medifast.