10 ‘Life-Extending’ Foods You Must Eat All The Time 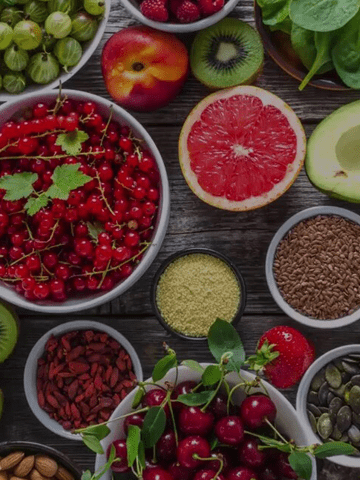 Over the decades of comparison of health foods, ten foods have emerged as the ones which consistently rank the most beneficial. In no particular order, they are:

Plenty of medical research has shown that the benefits of olive oil may go far beyond what was previously thought. A study by Greek scientists at the University of Athens has found that the monounsaturated oil is rich in antioxidants and may be the key to the healthy Mediterranean diet, since it contributes to a lower risk of heart attacks, diabetes and colon cancers.

While it has a superstitious reputation for warding off everything from vampires to evil spirits, it is also high in vitamins C and B6. In addition, it contains powerful anti-bacterial and anti-viral agents that fight common colds and flu. Regular consumption of garlic is also linked to lowered incidence cancer, diabetes and cardiovascular disease.

Not just any fish, mind you. The kind of fish referred to as “oily” is the kind rich in omega-3 fatty acids, which are responsible for a range of health benefits including protection against heart disease, stroke, arthritis and psoriasis. Omega-3 may also protect against a host of health concerns from obesity to sunburns.

Tomatoes are rich in fiber, low in calories, high in vitamin C and vitamin A, and also possess the cancer-preventing element lycopene. Tomatoes are an important part of the Mediterranean diet. Several studies have found tomatoes are also beneficial in fighting various forms of cancer.

Maybe Popeye knew what he was talking about after all. Research has identified at least thirteen different flavonoid compounds in spinach that function as antioxidants and as anti-cancer agents. The anticancer properties of spinach has been sufficiently impressive to prompt researchers to create specialized spinach extracts to be used in controlled studies. this is to say nothing of the well-documented vitamins and iron content of spinach, and being a healthy source of fiber from being a leafy green vegetable.

As opposed to ground nuts such as peanuts, tree nuts are a great source of heart-healthy monounsaturated oil and antioxidant-rich, bone-strengthening magnesium. Like any nuts, they are also an excellent source of protein.

It turns out that avocados are a good source of potassium, which is a mineral that helps regulate blood pressure and helps to guard against circulatory diseases such as high blood pressure, heart disease or stroke.

Well, we couldn’t leave apples out. Not after all these years of hearing “An apple a day.” Yes, they’re still one of the healthiest sources of vitamins and fiber.

Blueberries have been getting new attention. The health properties of blueberries are just beginning to come to life; they share many common aspects with red wine grapes.

After the oat bran craze of the 1990’s, hardly anyone who cares about nutrition has missed the news that oats are a source of fiber and vitamins, and help fight circulatory diseases as well as lower cholesterol.

Now, the challenge is to combine them all in one meal!