Why Cucumber Is So Cool 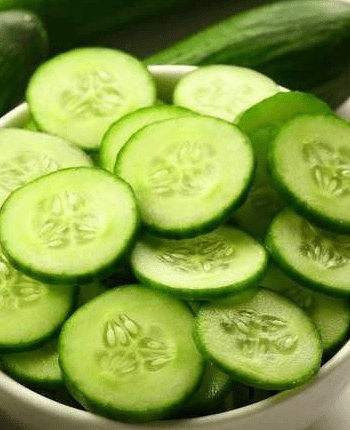 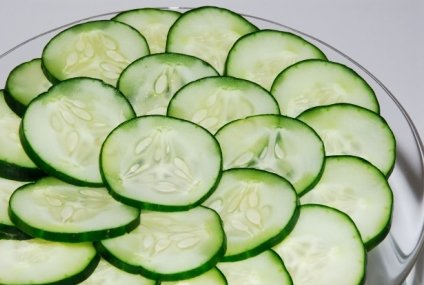 We often hear the phrase “cool as a cucumber” and this is for a reason.  Cucumbers have high water content so they give a very unique moist and cooling taste.  Cucumbers are in season from May to July so they are great additions to many Mediterranean diet recipes especially during the warm months of summer. They are also available all year round so one can enjoy the delicious taste of cucumbers, whether eaten alone or included in soups and salads.  Many people want to eat fresh sliced cucumbers.

Cucumbers belong to the same plant family as zucchini, watermelon, and pumpkin and are scientifically known as Cucumis sativus.  They are usually cylindrical in shape and have skin color that ranges from white to green.  They have dense yet aqueous flesh that is crunchy.  They have numerous fleshy seeds that are edible.  There are also cucumber varieties that are seedless and they are often called as “burpless” cucumbers.

Cucumbers have been in the human diet for thousands of years.  They were very popular in the ancient civilizations of Greece, Egypt, and Rome.  They were used not only as food but also for their skin healing properties.  It was even said that Spain was one of the countries that was popular in pickling cucumbers in the ancient times that Roman emperors sourced pickled cucumbers from yes, you guessed it, Spain.

Aside from their good, subtle taste, cucumbers are also very good sources of molybdenum and vitamin C.  Vitamin A, manganese, potassium, dietary fiber, folate, silica, and magnesium can also be found in cucumbers.  Vitamin C and caffeic acid, known to reduce swellings and soothe skin irritations, can be found in the cucumber flesh.  Cucumber skin is rich in fiber and is said to contain many minerals like potassium, silica, and magnesium.  Cucumbers also have sugar, sodium, fatty acids, vitamins and minerals, amino acids, and a lot more.  Here are also some of the other health benefits you can get from cucumbers: 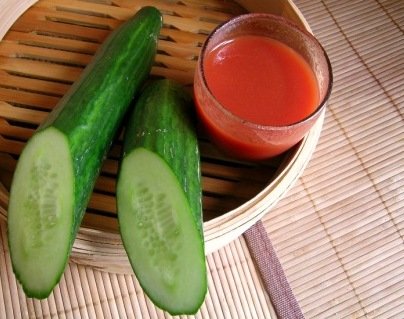 Silica, which is found aplenty in cucumbers, together with the high water content, makes cucumbers naturally hydrating and this is a must if you want glowing skin.  This is also one of the reasons why cucumbers are used topically for many kinds of skin problems like sunburn and welling under the eyes.  The silica in cucumbers is also important if you want to have healthy connective tissue including muscles, ligaments, tendons, bone, and cartilage.  Vitamin C and caffeic acid, also found in cucumbers, also help prevent water retention.  This is the reason why cucumbers are helpful for burns, swollen eyes, and dermatitis.

Many people find it hard to get adequate dietary fiber especially on a daily basis that’s why some just settle for fiber supplements.  Adding cucumbers to the diet is an excellent way to increase your intake of dietary fiber.  Eating cucumbers not only increases your dietary fiber intake, it also gives you extra fluid that is important for most bodily functions.  It’s in many Mediterranean recipes especially the salads. Aside from fiber and water, cucumbers also give you potassium, silica, magnesium, and vitamin C.  Aside from adding texture and taste into many Mediterranean diet recipes, cucumbers also supply your body with many nutrients needed to maintain optimal health.

Foods high in fiber, magnesium, and potassium like cucumbers can help your blood pressure to drop to healthier levels.  Combined with a low-fat diet, cucumbers are said to have the capability of helping lower blood pressure by 5.5 points in systolic and more than 3 points in diastolic.