“This Mediterranean Diet is Oh So Tasty!” 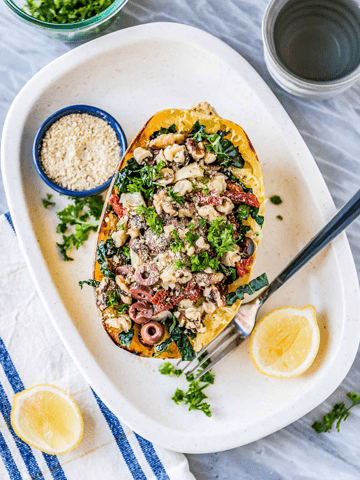 This Mediterranean Diet is Oh So Tasty!

Unlike other diets, the Mediterranean diet has some sharp contrasts. It’s based on real food that people actually eat. It takes more of a progressive stance on the preparation of ingredients than the ingredients themselves; fresh food tastes better than stale, dried-out, processed food anyway, right? It has a wide variety in diet, as opposed to crash diets which limit you to a small end of the salad bar.

If you are an American, you don’t quite know how bad you’ve had it. You are fed like cattle by a grungy, steam-punk, oil-burning industrial complex. The food is starchy, fatty, pasty, pumped full of partially hydrogenated vegetable oil, loaded with preservatives, and tastes like a brick. When American corporations make food, they do not think about either taste or nutrition first. They think about how easy it is to produce and ship. Shelf life and how well it will hold up on a truck driving three days across states is all that matters.

Mediterraneans eat many of the same foods we do, but they eat it differently. Their meals have courses and side dishes, instead of a bucket of just one thing. They eat food fresh, instead of boiled, pumped full of preservatives, and canned. They cook mostly stir-fry, wokking, or steaming, instead of drowning everything in batter and deep-frying it. Americans get more calories out of a salad dressing than Mediterraneans get out of a whole meal.

The flavors are much lighter. A typical fish dish would be fillet of sole with olive oil and lemon juice, with a garnish of fresh basil; not chopped cod breaded and fried in boiling lard. A meat dish might be rack of lamb on rice, with a side dish of couscous. Or perhaps marinated pork, but the meaty parts instead of the fat, and with pita bread and hummus on the side. Pita bread and hummus is pretty much the equivalent of chips and dips in America, only without the starch and lard. But when pita bread is fresh, it gets to your table in a puffed-up ball shape, which then flattens as it cools down to the flat, round shape.

Salads especially are a stunning change from America. Picture a salad that’s mostly spinach greens, olives, and crumbled Greek feta goat cheese, and drizzled – not drowning – in a light dressing. Add some cold-cut meats and peppers, plus a lot more vinegar, and it’s an antipasto! Add some tomatoes, cucumber, and red onion and it’s a Greek salad! And have you ever shined on the American hamburger in favor of an authentic Greek Gyros, which is lamb on pita bread with garnish and a light garlic sauce?

Desserts are sparse in the Mediterranean menu. Rather than gorging on starches and sugars, the Mediterraneans prefer fruits and nuts. To a Mediterranean, trail mix counts as dessert. However, when they do indulge, they might have a sweet bread, a custard, or even the tip of decadence, the Italian tiramisu.

All in all, the Mediterranean region is a celebrated culinary center of world culture, held up for centuries as an example which many cultures of the world follows. They just think that how food tastes and how good it is for you matters more than how well a steel machine can handle it.