The Truth about Vegetables 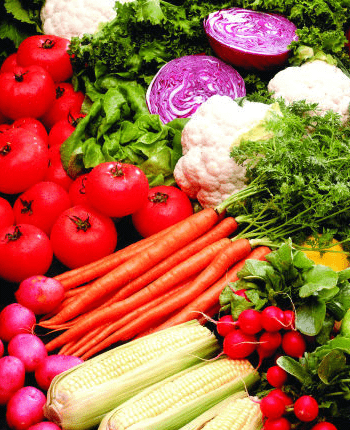 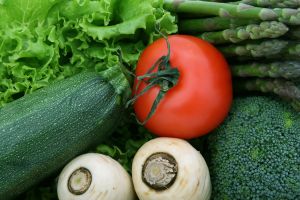 The Mediterranean food diet includes more veggies and less meat, and there are experts who say that this scheme of diet is going to bring down risks of cardiovascular disease, cancer, and diabetes. This diet is thought to include nothing but basic vegetarian recipes, lots of fish, and just minimal meat. Any vegetable will do, but most people subscribing to this type of diet indulge in peppers, spinach, mushrooms, lentils, white beans, eggplant, tomatoes, broccoli, and many other veggies.  Here’s what I mean…

But there is a concern about the preparation of vegetables. For instance, there is a common knowledge that eating them raw is better than cooking them, and we want to preserve as much nutrients as possible by reducing the amount of heat we apply to them. Yet another thing is about frozen vegetables—whether it is fresh vegetables are more nutritious than the frozen ones. There are a lot other questions around and some are due to lingering misconceptions.

Mediterranean diet recipes include lots of veggies of all sorts but it’s surprising that until this time, we still have to debunk these false impressions. Let’s get it straight!

More color, more nutrients – You can’t know where that adage came from but you might have people come up to you to say dull cabbages are no good. Well, then the poor cabbage might have no idea how it gotten into such kind of predicament, but the truth is it’s one of the most nutritious out there, rich in calcium and iron and contains vitamins A, B, C, and K, not to mention it’s a good source of fiber. And if you’re guessing your white cauliflower is no good either because of its pale white look, then wear your grin because it’s rich in antioxidants—good news for people who’s been battling aging and preventing cancer. Color has got nothing to do with how much vitamins and minerals a vegetable contains.

Fresh veggies better than frozen ones – This is not a general truth. In fact, some experts are more convinced that it’s an advantage to have harvest frozen right away to preserve nutrients. Fruits and vegetables after being picked would begin to lose volatile nutrients, and freezing them can be a way of keeping their maximum freshness.

Cooking destroys nutrients – While there are volatile vitamins that can be damaged by cooking, there are a lot of exceptions. It depends upon the kind of vegetable and vegetarians may be happy to learn that heating tomatoes releases lycopene, a popular antioxidant that fights cancer. Cooking also may induce the release of vitamin A and other nutrients locked in the fiber. You should also understand that the stomach digests cooked food rather quicker.

Spinach is rich in iron, makes you strong; potatoes make you fat; iceberg lettuce is rubbish – These and a lot others… It was spinach that made Popeye a legendary cartoon character, infamous for spinach-induced musculature. What he didn’t know was he’s mistaken. There’s nothing too special about spinach and it’s basically just as nutritious as any other veggie. French fries make you fat because of the oil in it, not because of the potato, which is a high-fiber, fat-free, and low-calorie root crop. Iceberg lettuce should be recognized for some of its nutrients even if much of what’s in it is water.

Vitamin A in carrots makes your eyesight sharper – So that could mean a ton of carrots would give clear images of the surface of the moon—no way! Vitamin A prevents night blindness but doesn’t make you achieve a superhuman vision. Don’t get this wrong; vitamin A is an essential nutrient too.

Because vegetables are important components of this special diet scheme, it’s just important that we debunk some of the fallacies lingering around. The more important thing is you get the recommended nutrient requirement, which can be achieved by planning your food menu health-wisely.  Is that a new word? …lol