The Many Health Benefits of Rosemary 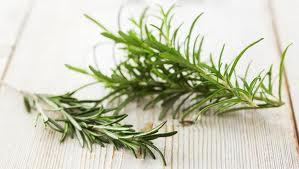 Are you ready to explore the many health benefits of rosemary? Okay then, let’s get the ball rolling!

Aside from its traditional use as a treatment for itchy scalp and tired muscles, rosemary has been proven to have a lot of other more significant health applications as well. Here are some of them:

Rosemary can help prevent cancer. According to a study conducted at the University of Adelaide in Australia, the carnosol, carnosic acid, ursolic acid and rosmarinic acid content of rosemary provide an effective protective effect against breast, colorectal, liver and stomach cancer. It likewise thwarts the growth and development of melanoma and leukemia cells as well. This particular study was published in the December 2011 issue of the Critical Reviews in Food Science and Nutrition journal.

It can help enhance brain health. Rosemary contains carnosic acid, a naturally occurring diterpene that protects the brain from the damaging effects of environmental toxins and free radicals. As such, by regularly adding rosemary to your Mediterranean dishes, you can significantly reduce your risk of Alzheimer’s disease, dementia and even stroke.

Moreover, research also indicates that rosemary can help improve brain function. According to a study published in the February 2012 issue of the journal Therapeutic Advances in Psychopharmacology, rosemary can help improve cognitive performance. Researchers from Northumbria University in the United Kingdom found that people who were exposed to higher levels of rosemary essential oil aroma performed better in speed and accuracy tests than those who were exposed to lower levels.

An earlier study which was published in the 2003 issue of the International Journal of Neuroscience also supported this finding by concluding that people who were exposed to rosemary scent showed marked brain function improvements.

It helps improve liver functions. According to the results of a study conducted at the University of Illinois, feeding laboratory mice with 0.3% and 0.6% rosemary extract for four weeks resulted in enhanced detoxification activity in the livers and stomachs of the subjects. The report was published in the 1997 issue of the journal Plant Foods for Human Nutrition.

Rosemary can improve cardiovascular health. Perhaps one of the main health benefits of rosemary lies in its ability to stimulate the circulatory system. According to a study conducted by experts at the University Medical Centre Maribor in Slovenia and published in the March 2011 issue of the journal Phytotherapy Research, oral rosemary extracts can help prevent atherosclerosis in healthy individuals. This result is achieved by dilating the brachial artery and improving serum activity.

As you can see, adding rosemary to your diet or using rosemary extracts as supplement can do you a lot of good. However, these are not the only health benefits of rosemary. There are a lot more so make sure you watch this space if you want to know more about it!

Keep yourself healthy by switching to the Mediterranean diet,