Uncovering the Secrets of Fighting Cancer with the Mediterranean Diet 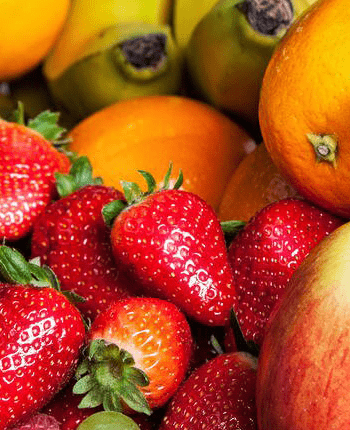 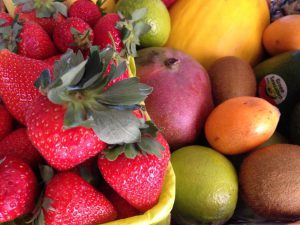 Can the Mediterranean diet stop cancer in its tracks or at least help prevent it? Can it significantly reduce your cancer risks? Well, considering that one in every four deaths in the United States is due to one form of cancer or another, this issue can be considered to be of vital importance. You may be glad to learn that by adhering to the guidelines set by the Mediterranean diet, you can help to keep cancer at bay. Just how does it do that? Let us count the ways.

The Healing Power of Foods
Aside from garlic, extra virgin olive oil and a moderate intake of red wine, the Mediterranean diet has many other cancer-fighting foods in its arsenal. This includes red, yellow, orange and purple fruits and vegetables such as tomatoes, berries, papaya and cherries, to name a few. So, how do these foods help protect you from cancer? Here’s how:

Tomatoes
Tomatoes, one of the most important ingredients used in preparing most Mediterranean dishes, are one of the richest sources of lycopene, an antioxidant that has been proven to be very effective in inhibiting the development of oral, cervix, prostate and lung cancer.

Berries
As numerous studies show, deeply colored berries are rich sources of antioxidants and phytochemicals that help neutralize the cancer-causing effects of damaging free radicals. They also contain significant amounts of ellagic acid and pterostilbene, two antioxidants that block the metabolic processes that may lead to the development of cancer.

Studies also show that the anthocyanin content of red berries can inhibit the growth and proliferation of lung and colon cancer cells while black raspberries can thwart the development of oral, esophageal and colon cancer in laboratory animals and reduce the symptoms of a precancerous condition known as Barrett’s esophagus. Still other studies proved that strawberries can also be quite effective in fighting cancer cells. In fact, one study showed that eating strawberries on a regular basis can reduce a person’s risk of developing cancer by as much as 70%! Now, are you starting to get convinced by all these evidence?

Papaya
People who are at risk of developing hormone-related cancers should definitely make papaya a part of their Mediterranean diet since it contains significant amounts of lycopene. Additionally, studies also confirmed that papaya contains isothiocyanates, a group of organo-sulfur compounds that can prevent the development of cancer cells (particularly those that affect the breast, prostate, lung, colon and pancreas) both in laboratory animals and in humans. (International Journal of Oncology, October 2008)

Additionally, papayas contain significant amounts of the carotenoid beta-crypoxanthin which helps reduce your risk of developing lung cancer. So, the next time you make smoothies or salsa, consider using papaya. Believe me, it doesn’t only help protect you against cancer, it also tastes good!

Cherry
Now, here’s another reason why you should order your ice cream with a cherry on top – cherries can help induce apoptosis or cancer cell death. Sounds interesting? Well, it really is! Experts say that cherries contain significant amounts of anthocyanins, quercitin, ellagic acid, cox inhibitors and melatonin – substances that help thwart the growth of cancer cells. In fact, according to a report published in the December 2004 issue of the Journal of Agriculture and Food Chemistry, cherry fruit extract can reduce the growth of both colon and breast cancer cells in humans. Now, does this give you yet another reason why you should switch to eating fresh fruits the next time you crave for something sweet? I hope it does!

Admittedly, there are lots of other foods in the Mediterranean diet that can help prevent and reduce your risk of developing cancer so we’ll cover them in our next few articles. That’s a promise!

Here’s to a cancer-free future for all of us,
Ray Baker