Parkinson’s Disease – Reducing Your Risks with the Mediterranean Diet 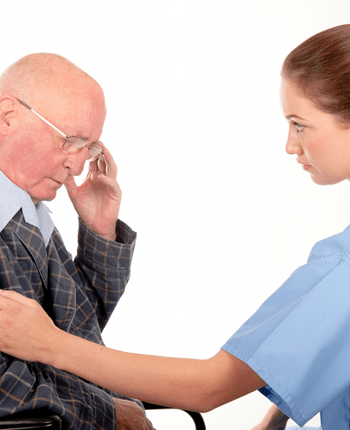 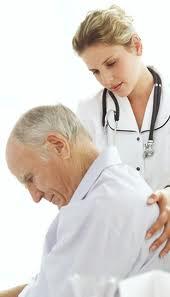 Did you know that more than one million Americans and about 10 million people around the world are affected with Parkinson’s disease? For those who are not aware of what Parkinson’s disease (PD) is, it is a type of motor system disorder that may ultimately interfere with a person’s ability to accomplish even the simplest normal daily activities. Sounds quite alarming, right? So, if you want to reduce your risks of developing this condition, you may want to be more mindful of your diet. For all you know, what you eat may just save you from this disease.

MayoClinic defines Parkinson’s disease as a ‘ progressive disorder of the nervous system that affects a person’s movement’. According to the Parkinson’s Disease Foundation, this disorder is primarily caused by the death of vital nerve cells in a part of the brain known as ‘substantia nigra’. As these nerve cells die, the amount of dopamine (a chemical neurotransmitter that helps control muscle movement) produced in the brain is significantly reduced and this results in the development of the symptoms associated with the disorder.

PD often affects people over the age of 50 and may progress gradually over time. Studies show that while there is a mere 1% risk for PD in the general population, people aged 60 and above run a 2% to 4% risk of developing the condition.

Some of the earliest symptoms of this condition include barely noticeable hand tremors and slurred speech. As the condition progresses, however, a person affected with PD may experience stiffening of various muscle groups which may bring pain and slowing of bodily movements (bradykinesia), especially when trying to move from a resting position.

People with PD may also experience the following symptoms:

While its exact cause is still unknown, experts believe that the development of Parkinson’s disease may be triggered by hereditary and/or environmental factors. Studies reveal that about 15% to 25% of all the people with PD have relatives who are suffering from the same condition. As such, those who have first degree relatives who are suffering from PD are more likely to develop the same condition. Rural living, using well water and exposure to manganese and pesticides may also increase a person’s susceptibility to the disease.

Although there are no known tests and cure for the disorder at present, there are a number of available treatments and medications that can help reduce the symptoms associated with the condition. Additionally, adopting good eating habits and healthy lifestyle changes have also been proven to provide safe and effective relief from the symptoms.

Finally, those who are considered to be at a greater risk of developing PD can breathe a sigh of relief. Why? Because according to the results of a study conducted by expert researchers at the University of Tokyo in Japan, eating a healthy diet similar to that of the Mediterranean way of eating resulted in a 46% reduction in the risk of developing PD.

In this particular study, Japanese researchers enlisted the participation of 368 healthy individuals and 249 patients who have been recently diagnosed with PD. The participants were then divided into 3 groups. One group was given a healthy diet consisting of fresh fruits and vegetables, fish, mushroom and pulses while the other was given a western diet that is rich in red meat, animal fats and processed food. The third group was given a diet that is halfway between the two.

Not surprisingly, those who were given a healthy diet showed significantly reduced risks while the other two diets offered no protective effects against the condition. You can find the full details of this research in the European Journal of Neurology.

Now, are you ready to start on the path to better health? Switch to the Mediterranean way of eating today. You surely wouldn’t regret it.

Say no to Parkinson’s disease,