More Cancer Fighting Foods To Be Aware Of 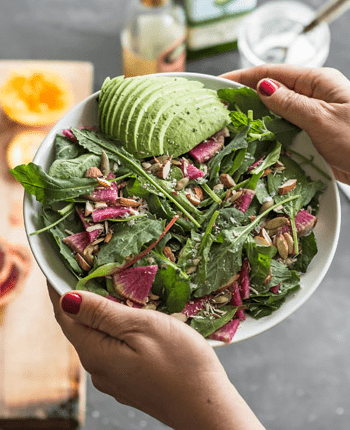 We have already established that the Mediterranean diet can help stop cancer in its tracks. In the previous article we discussed how red, yellow, orange and purple fruits and vegetables can help thwart the development of cancer cells and even cause them to die a natural death. Now, true to our promise, here are some other cancer fighting foods that can help protect you.

Spinach
Scientists in Japan discovered that the glyconutrients found in spinach effectively inhibited the growth of cancer cells and tumors by protecting the DNA structure. According to the results of their study, subjecting laboratory mice to glyconutrient supplementation for two weeks effectively suppressed colon adenocarcinoma by as much as 56.1%. (Lipids, August, 2008)

Spinach has also been proven to be very effective in inhibiting the development of ovarian and prostate cancer cells. According to a report published in the April 2009 issue of the International Journal of Cancer, there is an inverse relationship between a woman’s flavonoid intake (particularly the flavonoid apigenine) and her risk of developing ovarian cancer. As such, the higher her apigenine intake, the lower her cancer risks.

Another study published in the November 2007 issue of the Journal of Cancer found solid evidence that eating a diet rich in the flavonoid kaempferol reduces a woman’s risk of developing ovarian cancer by as much as 40%. Additionally, another carotenoid known as neoxanthin was found to induce death in prostate cancer cells. (Journal of Nutrition, September, 2004) Well, aren’t these findings quite interesting indeed?

To increase your spinach intake, you can toss it into your favorite salad, stir fry it with some onion, bell peppers, mushrooms and broccoli, use it to prepare omelettes, frittata, pesto and dips, or use it to prepare a spinach smoothie. Believe me, you’ll enjoy the way it tastes!

Cabbage and Other Cruciferous Vegetables
Did you know that the powerful anti-inflammatory and antioxidant properties of cabbage can protect your body against the damaging effects of chronic inflammation and oxidative stress, two of the most common root causes of cancer? It also contains glucosinolates that are eventually converted into isothiocyanates, compounds that prevent the development of certain forms of cancer including bladder, breast, colon and prostate cancer.

According to a report published in the American Journal of Clinical Nutrition in 2000, isothiocyanates work by preventing carcinogens from being activated, counteracting the damaging effects of active carcinogens and eventually flushing them out of the body. As such, these compounds were found to be especially effective in fighting lung, esophageal cancers, gastrointestinal and respiratory cancer as well. Additionally, studies also show that cabbages contain Indole-3-carbinol (I3C), a compound that effectively helps prevent breast cancer.

To enjoy cabbage and other cruciferous vegetables, you can add them to your favorite stir-fry recipes as well as in your favorite salads, soups, stews, and sauces. You can also munch on some fresh broccoli or cauliflower for snack or use them in your veggie wrap.

Nuts
Aside from being good for your heart, recent studies show that nuts can also reduce your risk of developing cancer. They contain significant amounts of quercetin and campferol, antioxidants which help neutralize the damaging effects of oxidative stress. Brazil nuts were found especially effective in preventing prostate cancer while recent studies indicate that cashew nuts can be useful in preventing colon cancer.

Sweet Potatoes
If you want to boost your body’s natural protection against cancer, then you should consider adding sweet potatoes to your Mediterranean diet. Recent studies show that eating sweet potatoes on a regular basis can help prevent the development and proliferation of breast, gallbladder, kidney, liver and lung cancer. Isn’t this amazing? Well, you bet it is!

So, for better health and added protection against cancer, you should start eating baked, fried or grilled sweet potatoes instead of your usual snack (just remember to use olive oil in preparing them) or add them to your sandwiches and salads. You can also consider mashing them up with a little orange juice or add them as a tasty side dish to your usual Mediterranean dishes.

Considering all of these things, you should really start adding these nutrient-packed foods to your usual Mediterranean diet to help keep cancer away for good!

Be cancer-free for life,
Ray Baker