Is the Mediterranean Diet Really That Good? 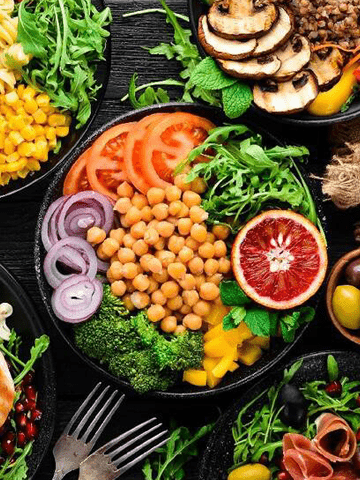 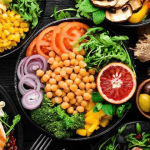 For those of you just joining us after having been awakened from a coma or having been rescued from a desert island, there’s a big deal going on in the nutritional field, and it’s called the “Mediterranean diet”. Mediterranean diet food has been the subject of much enthusiasm, but that enthusiasm borders into hype in some areas. After all, it is the Internet; hype is the oxygen of the Internet.

Furthermore, the dietary habits of the Mediterranean region have primarily gotten the attention of people in the United States. The rest of the world takes it for granted that attempting to live entirely on fat, grease, sugar, and lard will make you fat and give you heart attacks, but in the United States this is hailed as a significant discovery. The concept that fresh food is better for you than canned or plastic-wrapped processed artificial products has also hit the North American continent like a thunderbolt. If they ever discover that walking is better exercise than driving everywhere, look out.

Anyway, the Mediterranean diet menu is significant for having a lot of healthy foods in one place. Olive oil is a big one; its health properties have been researched and documented and the findings on it are amazing. The rest of the diet is mostly foods which have already been known to be beneficial: fruits and vegetables, whole grains as opposed to bleached flour, fish instead of red meat, and a sip of red wine from time to time. The traditional Mediterranean diet just happens to include many of the foods which independently have been proven to have unusually beneficial health properties.

The funny thing is, this might not be a coincidence. Check out a map; the Mediterranean region has some of the earliest evidence of civilization in the world, and is definitely at the crossroads between Europe, Africa, and Asia. Obviously, since a lot of trade happened between the three continents, and that area is smack in the middle of the trade routes, it stands to reason that the best kind of foods discovered in one land and taken back to another would pass through the Mediterranean area. Plus, the ancient Roman Empire at its peak encompassed all of the Mediterranean region, and the Romans made conquest of and brought back the spoils from many foreign countries. So the traditional Mediterranean diet, then, is probably the result of centuries of evolution.

But really, it’s not all that complicated. This isn’t like the other diets specifically engineered to reduce fat or guard against excessive sodium intake; this is a natural diet that people eat every day. Not at all intentionally, but rather through experience. For one thing, the olive tree is native to the Mediterranean region, where 95% of the world’s olives come from. The oily fish seem to prefer the waters of the Mediterranean Sea as well, so that’s two things right there. A third thing is that the process of wine-making was started in the Mediterranean area as well. Now, add to that that if fish, olives, and wine are your diet, you’ll probably want some light flavors to compliment it, and that you’ll occasionally snag a few seeds from explorers passing through on their way to bring the spoils of their Asia expedition back to England, and you’ve got what the Mediterranean diet looks like today: a Zen balance of foods which give just the right amount of healthy nutrition.

See the next article about %NEXTARTICLE%