Go Mediterranean and Add 3 Years to Your Life 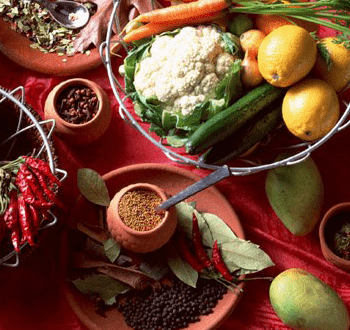 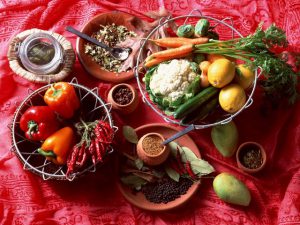 Do you know that by simply switching to the Mediterranean way of eating, you can add about three years to your life? It’s true. And medical experts from the Sahlgrenska Academy at the University of Gothenberg in Sweden have done their thing to prove this beyond any doubts.

According to a report entitled “Does the Mediterranean diet predict longevity in the elderly? A Swedish perspective” published in September 2011 issue of AGE, the Official Journal of the American Aging Association, elderly people who are on a more Mediterranean-like diet were observed to live two to three years longer than those who don’t. The research concentrated on assessing the effects of the Mediterranean diet and its macronutrient composition on the mortality rate of about 1,037 elderly Swedes (540 females, 497 males) age 70 and above. So far, the results have been very encouraging.

The results of this study were based on the data obtained from the H70 study – an ongoing research programme of the Sahlgrenska University Hospital at Göteborg, Sweden that analyzes the general well-being of a group of randomly chosen individuals born between 1901 and 1902.

So, what did these researchers discovered along the way? Well, they stumbled upon some undeniable proof that the Mediterranean diet can help you live a healthier and longer life. They have established valid proof that adhering to the dietary guidelines of the Mediterranean diet, especially those with regards to consuming large quantities of whole grain cereals and foods rich in unsaturated fatty acids, can definitely extend your life span by a matter of two to three years! And this has a lot to do with the Mediterranean diet’s powerful antioxidants and anti-inflammatory effects.

Other Studies Defining the Health Benefits of the Mediterranean Diet

Previous studies already established the beneficial effects of the Mediterranean way of eating in preventing cardiovascular diseases and promoting better heart health. According to the results of the Lyon Diet Heart Study, following a Mediterranean-like way of eating can reduce the risk of recurrent heart disease by as much as 50 to 70%.

To further strengthen the claim that this type of diet is really good for the heart, another study provided evidence that following a Mediterranean way of eating can preserve the normal functions of the left ventricular systolic function even in people who had a previous acute cardiac event such as an unstable angina or a heart attack. The full details of these studies are documented in the 2001 issue of Circulation and in the December 2010 issue of the American Journal of Clinical Nutrition, respectively.

The Mediterranean diet also helps protect against obesity, diabetes, Alzheimer’s and Parkinsons’ disease and many forms of cancer, among others.

Moreover, adhering to this kind of diet also lowers your risk of developing metabolic syndrome, a group of medical conditions that significantly raises your risk of diabetes and heart disease. According to expert researchers at the University of Rovira i Virgili in Reus, Spain, the prevalence of metabolic syndrome in subjects who were given an olive oil rich Mediterranean diet for one year was reduced by 6.7% while those who were on a nut-rich Mediterranean diet recorded a 13.7% reduction. Those who made no changes in their diet only managed a 2.0% risk reduction for the duration of the research. This report was published in the December 2008 issue of the Archives of Internal Medicine Journal.

So, what do these findings tell you? It’s telling you that you will be far better off if and when you decide to switch your beloved American diet for a healthier Mediterranean way of eating. By doing so, you will not only enjoy a relatively healthier life, you will also have the chance to live longer! Well, isn’t that a great trade off? You decide.

I hope you find this useful in your quest for a longer and healthier life,