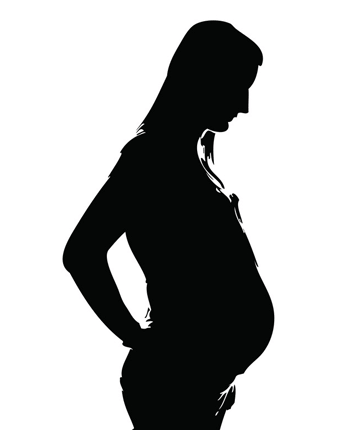 Are you finding difficulties getting pregnant? If you are and you want to do something about it, you and your partner may want to start on a Mediterranean diet. It can definitely work wonders in improving your fertility!

The Infertility Problem – A Closer Look at the Situation

To understand the severity of the problem, let us try to understand what infertility is and how it affects married couples. The medical community defines infertility as the inability to conceive after at least one year of trying to get pregnant. It also refers to the inability of a woman to carry a pregnancy to full term.

The number of infertile couples are quite alarming, to say the least. According to the Centers for Disease Control and Prevention (CDC), about 2.1 million or 7.4% of all married women in the US between the ages 15 to 44 are unable to conceive. It is further estimated that one in every seven couples around the world are likewise burdened with this condition.

Contrary to what most people believe, infertility is not always a woman’s problem since it may affect both males and females. So, what causes it? Listed below are some of the most common causes of infertility in men and women:

Aside from these common factors, female infertility can also be brought about by age, weight (being over- or underweight) and ovulation problems. Medical conditions such as endometriosis, a blockage or obstruction in the fallopian tube and the presence of uterine problems may likewise lead to this condition. Male infertility, on the other hand, can be brought about by low semen quality.

More than the inability to conceive or carry a pregnancy up to full term, infertility can put a great emotional strain on any marriage. Women in infertile couples have a tendency to assume responsibility over the situation and therefore feel strong negative emotions. Men in infertile couples, on the other hand, often find themselves at a loss on how to deal with such a situation and don’t know how to deal with it.

The Mediterranean diet is known for its many health benefits but now, it seems that it can also be credited for boosting male and female fertility. Researchers from the University of Navarra in Spain reported in the September 2011 issue of Fertility and Sterility that based on their study involving 500 women, those who strictly followed a Mediterranean diet were less likely to be infertile as compared to those who eat a predominantly Western diet.

According to Dr. Estefania Toledo, study researcher at said University, this can be attributed to the diet’s ability to protect our bodies against insulin resistance. Insulin resistance is known to trigger the onset of diabetes and cardiovascular disease but do you know that it can also interfere with ovulation?

Dr. Jorge Chavarro, Assistant Professor of Nutrition and Epidemiology at the Harvard Medical School in Boston, also thinks that there is a link between insulin and ovulation. He likewise believes that women who are trying to get pregnant can safely go on a Mediterranean-style diet to improve their chances of conceiving. Additionally, Dr. Chavarro and fellow researchers also proved that men who followed the Mediterranean diet have better sperm quality and are less likely to be infertile.

To get the most benefit from your diet, you may want to take note of these suggestions:

Although further studies are still being conducted, there is a great possibility that the Mediterranean diet can greatly improve a couple’s chances of getting pregnant. Why don’t you try it and see how it will work for you?

…hope there has been some value for you reading this,