Why You Should Eat Turkey Even When It’s Not Thanksgiving 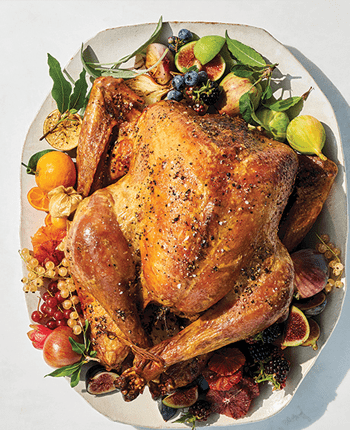 If there is one food that is present on the table for many special occasions in a family, that would be turkey.  Aside from being associated with holidays like Thanksgiving and Christmas, turkey is a delicious and nutritious meat that can be eaten and enjoyed any time of the year.  With the improved availability of individual turkey pieces like cutlets, breasts, and tenderloins, it is now very easy and convenient to incorporate turkey into the diet and in many Mediterranean diet recipes.

Turkey, like chicken, is white meat.  Since consumption of red meat is almost a no-no in the Mediterranean diet, white meat like turkey meat can fill in some of the protein requirements needed by the human body.  However, only moderate and not so frequent consumption of white meat is recommended.

Said to be native to Mexico and the United States, turkeys were said to be brought to Europe by Christopher Columbus.  By the 16th century, turkeys were raised domestically in European countries like France, Italy, and England but they were only reserved for royalty.  The enjoyment of turkey later became widespread throughout many societies in the world.  In the United States, turkey has been associated with American history.  For many American families, the Thanksgiving feast is not complete without a turkey.

Aside from holidays, turkey meat should be eaten any day but perhaps not every day of the year.  Aside from being delicious, turkey possesses many nutrients that are beneficial for the body and needed to achieve optimal health.  Here are some of the health benefits you can get from eating turkey meat and some of the reasons why you should eat turkey even when it is not Thanksgiving:

Recent studies show that turkey meat fall into a group of foods that are high in their protein content and that can help maintain post-meal levels of insulin within a desirable range.  Turkey meat joins tuna and egg whites in this group of foods with high protein content.  Protein helps food move through your digestive tract at a steady pace.

Turkey Is a Low Carb Food

As a food that is low on carbohydrate content, turkey scores low on the glycemic index scale.  Eating of turkey meat can be helpful in regulating a person’s blood sugar.  The high concentration of protein in turkey meat is an important factor for this.  In a recent study, insulin production is said to be kept within a healthy range following the intake of meals containing turkey meat.  You can get a lot of health benefits from low carb and high protein foods like turkey meat.

It’s really pretty hard to say no to turkey .. and why would you? Like any poultry product though, avoid eating the skin.