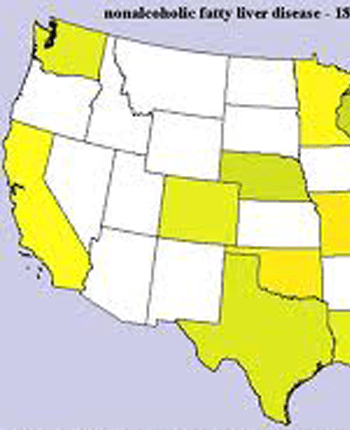 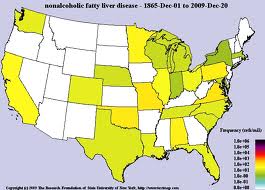 Some basic facts and figures regarding fatty liver disease:

– Fatty liver disease is medically defined as the condition whereby excess fat develops in the liver. While having a little fat in the liver is considered normal, accumulating fat amounting to 5% to 10% of the total liver weight is considered a cause for alarm.

– According to the Centers for Disease Control and Prevention, about 29 million Americans have the so-called “fatty liver disease”.

Fatty liver disease is not something you should take lightly. As such, you should do everything in your power to prevent it from affecting you and your loved ones. And the best thing that you can do is to know what causes it and how you can identify it as soon as it strikes.

There are two types of fatty liver disease – alcoholic fatty liver (ALH) and non-alcoholic fatty liver disease (NAFLD). While ALH is caused by drinking moderate to excessive amounts of alcohol over a long period of time, NAFLD, on the other hand, is primarily caused by obesity and insulin resistance. This is the main reason why people in developed countries who are accustomed to eating a typically western diet are more at risk of contracting this disease.

The symptoms associated with fatty liver disease only manifest themselves when the liver starts to get inflamed (that is when the fat in the liver already makes up 10% of the total liver weight). When it reaches this stage, you may notice the following symptoms:

As the disease progresses, you may experience the following symptoms:

Despite the advancements in medical science, there is still no known specific treatment for fatty liver. So, if you are diagnosed with this condition, the best thing you can do is to have the underlying causes treated, kick your drinking habits, increase your level of physical activity and start adopting a healthier Mediterranean diet. It’s your best bet to treat and reverse the condition.

How Can the Mediterranean Diet Help Prevent or Reverse Fatty Liver?

According to Dr. Marno Ryan of the St. Vincent’s Hospital in Melbourne, Australia in the recent annual meeting of the American Association for the Study of Liver Diseases (AASLD), the Mediterranean diet may be a feasible way of treating non-alcoholic hepatic steatosis (fatty liver disease).

In a randomized crossover trial involving 12 patients with biopsy-confirmed fatty liver disease, Dr. Ryan and her colleagues observed that adopting the Mediterranean way of eating significantly reduced hepatic fat and insulin sensitivity among the subjects. While the study is relatively small and there may be a need to replicate it on a larger group, evidence now exists that healthy dietary changes can have a significant impact in treating fatty liver. Full details of this study are documented in the 2011 Journal of Hepatology.

The Mediterranean diet can help you maintain one of the most important organs in your body – your liver. Isn’t it time you consider making that all important change for your own good? Think about it.

I hope this has been of some help to you or someone close,