About The Mediterranean Diet 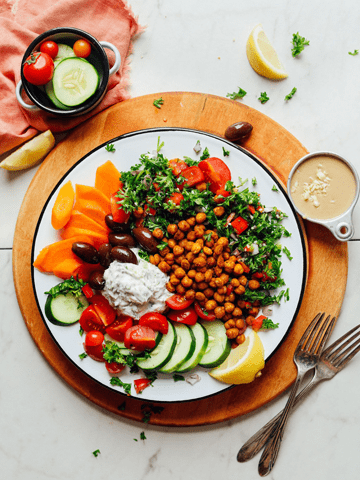 You would think that for a diet to receive such international attention, that it would have to be revolutionary. Yet the Mediterranean diet has produced spectacular results without anything Earth-shaking behind it. It is not at all revolutionary, and yet the Mediterranean diet is now recognized as one of the healthiest in the world. It consists of large amounts of fresh fruit and vegetables, salads, nuts, seeds, fish, olives and olive oil. It is comparatively low in dairy products and red meats.

The people of the Mediterranean region, Greece and Spain in particular, are very fortunate in their geographical location. They live in an area where naturally healthy food is readily available and inexpensive. Here, the incidence of heart disease and cancer are lower than anywhere else in the western world and experts now believe this is due in great part to the Mediterranean diet.

The industrial age has brought us modern farming techniques and world wide transport, which has changed most people’s diets dramatically. It is now widely believed that such changes have had an entirely detrimental effect on our health. But the impact of these developments has not had as much of an impact in Mediterranean regions, where traditional diets are still followed. Sure, they’re going along with the globalized market like anybody else and you see the occasional McDonalds pop up, but the resistance to highly processed foods is still strong.

A list of the foods which grow naturally and abundantly in that region reads like the menu for an upscale salad bar: olives, avocados, oranges, lemons, garlic, wild asparagus, walnuts, almonds, tomatoes, artichokes, figs, pomegranates, cherries, strawberries, grapes, plums, spinach, broad beans, and peppers top the list. Taken together, they provide large amounts of vitamins, minerals and fiber along with a wide variety of antioxidants, which are cited by nutritionists as being important to a healthy diet more and more each year.

Historically much of the milk has been produced from goats and the cheese is also usually made from goat’s or ewe’s milk. They eat very little red meat, while most of the animal protein is supplied by a fish diet. Not just any fish, but the oil-rich, fatty fishes that are rich in Omega-3 nutrients, such as sardines, mackerel, tuna, sword fish, and anchovies. the typical oil is cold-pressed olive oil, and this is used not only for cooking and salad dressing but also for putting on bread instead of butter.

All of these foods provide a wide variety of nutriments which amount to a healthy diet greater than the sum of their parts. The benefits include lowering cholesterol, improving the immune system, increasing metabolism, improving insulin sensitivity, and lessening the risk of diabetes. Incidental to these are the fact that improving the immune system not only fights infections but also lends a hand to preventing cancer.

The Mediterranean diet has gotten so much attention, because for generations we’ve had nutritionists studying in quest of the perfect diet, and here all along they had an example right under their nose.Here’s more about %NEXTARTICLE%