6 Reasons Why the Mediterranean Diet Helps You to Have a Longer, Healthier Life 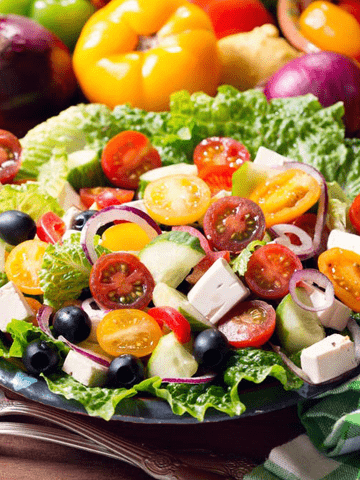 Longevity and The Mediterranean Diet:

Over the course of many generations, observers have been able to discern that the people who populate the region around the Mediterranean Sea live longer lives than do men and women in some other parts of the world. Historically, the reason most often attributed to the longevity of the people of the Mediterranean region was climate. However, as researchers became more adept and as scientific methods became more sophisticated, it became clear that while the weather patterns of the Mediterranean area generally were pleasant and inviting, it was the diet of the people in the region that accounted for their longer lives.

There are a number of specific factors related to the Mediterranean diet that nutritionists and medical experts believe contribute to longevity. The more important of these elements are discussed within the confines of this article for your information and guidance.

1. Restorative Effects of the Mediterranean Diet

Many of the specific food items that are part of a Mediterranean diet regimen are high in anti-oxidants. Scientifically speaking, anti-oxidants are important compounds found in certain foods and beverages that work to neutralize the destructive nature of oxidants or free radicals that are found in the human body. Oxidants or free radicals are produced when the body burns oxygen to produce energy. In other words, oxidants really can be considered waste that pollutes the human body.

Over time, the accumulation of oxidants in the body accelerates the aging process. Cells wear and lose their elasticity. Organs end up functioning less efficiently and effectively. Indeed, recent scientific research has demonstrated that oxidants clog arteries raising the threat of stroke. Oxidants are found to contribute to cancer, heart disease and diabetes — the major diseases most responsible for causing people to have premature deaths.

The types of fruits and vegetables that form the foundation of the Mediterranean diet — including richly colored and leafy green vegetables — which are high in anti-oxidants, have a restorative and life prolonging effect on the typical human body.

In most parts of the world, cancer of various types is the leading cause of premature death. Studies undertaken by researchers in Europe, Japan and the United States in the past thirty years have demonstrated that the Mediterranean diet effectively reduces the risks of certain types of cancers.

The Mediterranean diet includes very little animal fat. There is a direct link between the consumption of animal fat and colorectal cancer, one of the deadliest forms of the disease that oftentimes takes the lives of people in their forties and fifties.

Olive oil (truly the foundation of the Mediterranean diet) had been shown to reduce the risk of breast cancer.

By reducing the risks poised by cancer, the lifespan of men and women has been shown to increase appreciably in studies that have followed groups of people over time.

On some level, the jury is still out on the direct effects between diet and hypertension or high blood pressure. With that said, it clearly has been demonstrated that hypertension and high blood pressure is responsible for premature deaths the world over. In addition, there is strong evidence to suggest that eliminating certain items from a diet — like processed salts — can work to reduce the risk of hypertension.

Additionally, there is evidence to support the proposition that a diet high in fiber and low in animal fats (like that of the Mediterranean region) works to reduce the threat of hypertension and premature death from this disease.

6. The Cumulative Effect of the Mediterranean Diet

It is important to note that the beneficial effects of the Mediterranean diet appear to be cumulative over time. In the other words, the longer a person practices the dining habits of the Mediterranean plan, more of inherent physical benefits of this healthy eating regimen will be ingrained into a person’s makeup. Simply put, the benefits of a Mediterranean diet literally are stored up over time, increasing a person’s lifespan and adding to his or her overall health and well-being not only now but well into the future.

Now that’s food for thought (excuse the pun) but it does make you think a little if you just learned one new thing above.

….make sure you look after yourself,

Ray Baker
PS. If you’ve taken your health seriously you would have already thought about getting my eBook but before you do, have a look here at the free stuff you get with it first.
PPS. If you’ve already downloaded my eBook, then you shouldn’t get it again – unless of course you insist
PPPS. If the link takes you to an empty page then the offer is closed for now.
PPPPS. I couldn’t think of another PS to put here…. 🙂