Top 3 Health Benefits of Pasta – Why Is It Good for You? 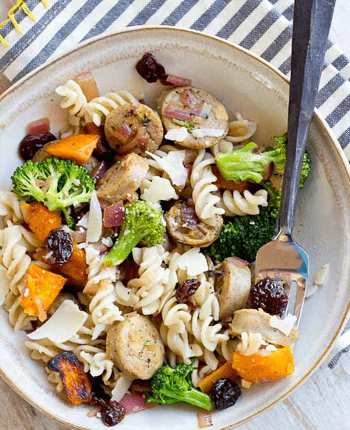 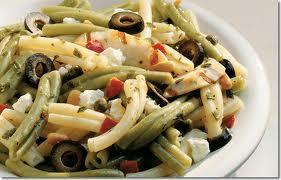 Are you aware of all the health benefits of pasta? Are you aware that eating pasta can actually be good for you? Well, while it has taken quite a bad reputation in recent years, pasta is, by no means, the ‘bad guy’ in your diet.

It is not the main culprit that has taken obesity and diabetes to unprecedented heights in the modern world.

Contrary to what most people were led to believe, pasta is one of the healthiest foods you can ever eat – provided you know how to do it right, that is.

Pasta has been widely misunderstood for years. Some people mistakenly identify it with white bread which is one of the richest sources of easily digestible (fattening) carbohydrates. However, this couldn’t be farther away from the truth.

The main difference between these food sources (pasta and white bread) lies in their glycemic index (GI) or the rate by which glucose is absorbed in the bloodstream. Pasta has a GI of about 25 to 45 while white bread has a GI of about 75. Generally speaking, the higher the GI content, the more it increases the blood sugar level. As such, eating foods with high GI levels tends to increase a person’s risk for obesity and diabetes. Now, are you starting to see the difference?

Another probable reason why pasta has been shunned from most people’s diet may be the way most of us prepare it. With all the salty and fatty toppings that tend to go along with our pasta, it is not surprising that most health experts advise against it.

The Health Benefits of Pasta: Straight from the Mouths of Experts

According to experts, among the many health benefits of pasta include the following:

Pasta can help you manage your weight more effectively. Contrary to what other people believe, a low-carb diet may not be the answer to your weight issues after all. According to a report published in the July 2009 issue of the Journal of the American Dietetic Association, a low-carb diet with less than 47% carbohydrates may actually lead to obesity among free-living adults. However, those who consume about 290 to 310 grams of healthy carbohydrates per day were observed to have the lowest risk for putting on excess weight.

Additionally, a research conducted in Spain proved that by adhering to the Mediterranean way of eating, people can significantly slow down the rate by which they put on weight, especially as they age. This report was published in the December 2010 issue of the American Journal of Clinical Nutrition.

Eating pasta promotes healthier arteries. According to a report published in the May 2010 issue of the British Journal of Nutrition, people who eat higher amounts of less healthful foods and lower amounts of healthier food choices such as rice, pasta and poultry were observed to be at a higher risk of developing heart disease.

How to Get All the Health Benefits of Pasta

To get all the health benefits of pasta, here are some suggestions that you may want to consider:

Now, are you ready to start eating pasta the right way? You really should, you know. With all the health benefits of pasta, you will surely do yourself a huge favor by adding it to your Mediterranean diet.