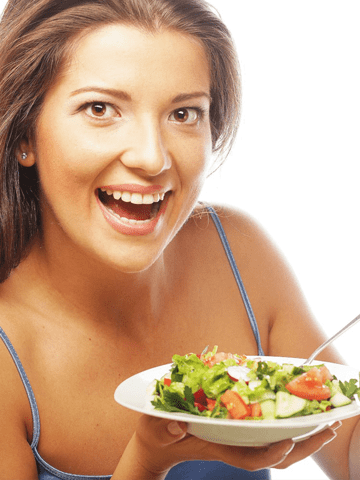 There have been several discoveries over the last few years in relation to the outstanding benefits of the Mediterranean diet. None more important than the recognition of it ability to minimize the affects of Alzheimer’s disease. A stronger following to a Mediterranean-style diet could cut the risk of Alzheimer’s disease by a whopping 68 per cent, a finding from a multi-ethnic study from the US.

These antioxidants and polyphenols appear to offer protection, suggest the researchers from Columbia University, and not to any impact on general cardiovascular health.

Although the mechanism of Alzheimer’s is not clear, more support is gathering for the build-up of plaque from beta-amyloid deposits. The deposits are associated with an increase in brain cell damage and death from oxidative stress.

It is against the oxidative stress that the Mediterranean diet could offer protection.

The findings of Nikolaos Scarmeas and his colleagues, published on-line ahead of print in the Archives of Neurology (doi: 10.1001/archneur.63.12.noc60109), are based on results from a study of 194 Alzheimer disease (AD) cases (average age 82) and 1790 non-demented controls (average age 76). The controls had almost equal representation of White, Black and Hispanic subjects, while 59 per cent of the AD cases were Hispanic, 31 per cent Black and 9 per cent White.

After adjusting the results for possible confounding factors, such as age, education, BMI, smoking status, and ethnicity, the researchers reported that people with the highest adherence to a model Mediterranean diet were associated with a 60 per cent lower risk of Alzheimer’s disease, compared to people with the lowest adherence to the diet.

When the researchers took into account a series of cardiovascular variables, such as history of stroke, hypertension, heart disease, diabetes, and plasma lipid levels, the associations for the high adherence group grew stronger, with an associated risk reduction of 68 per cent.

This indicated to the researchers that the apparent protection afforded by following a Mediterranean-type diet is not a result of the cardiovascular factors, and implicated biological mechanisms like inflammation and oxidative stress.

“Complex phenols and many other substances with important antioxidant properties such as olive oil, wine, fruits and vegetables, vitamins C and E, and carotenoids are found in high concentrations in the typical components of the Mediterranean Diet, – wrote Scarmeas.

The Mediterranean diet could be capturing the composite effect of dietary antioxidants and this could, at least partially, explain the association with a lower risk of AD,” he said.

The study has several limitations that should be noted, including the use of a semi-quantitative food frequency questionnaire with relatively few diet constituents. However, the researchers propose that this may actually lead to an underestimation of the protective effects of the Mediterranean Diet for Alzheimer’s disease.

The study follows another study by the same researchers, published earlier this year in the Annals of Neurology (Vol. 59, pp. 912 – 921), reported that elderly individuals whose diet closely resembled the Med diet had a 40 per cent lower risk of Alzheimer’s than those who adhered the least to the diet.

Alzheimer’s disease is the most common form of dementia and currently affects over 13 million people worldwide. The direct and indirect cost of Alzheimer care is over $100 bn (81 bn) in the US alone.

I hope this has been of some help.