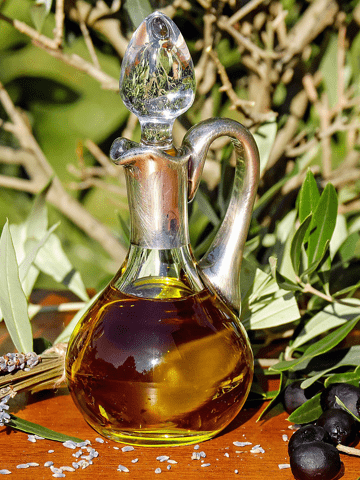 Just how many applications there are for olive oil? Its use extends to skin care and cosmetics, cooking and medicinal purposes. Olive oil is a staple of the Mediterranean diet and is used in place of butter. This frequent use of olive oil has been linked to reduced cholesterol and has also been shown to be a protection against several types of cancer, including colon, breast and skin cancer, as well as inhibiting coronary heart disease.

Cold pressed extra-virgin olive oil is rich in the phenolic antioxidants as well as squalene and oleic acid. Scavenging of the hydroxyl radical has been shown to be significantly higher among extracts of olive oil, compared to an effect that was only minimal in seed oils.

In addition to olive oil’s direct antioxidant capacity, extracts of olive oil are also potent inhibitors of xanthine oxidase activity. This means that a constant high olive oil intake in the diet, especially extra virgin olive oil, provides a steady supply of antioxidants. The same studies have also concluded that a diet high in olive oil reduces blood pressure levels due to its polyphenol content. Polyphenols are potent antioxidants that help the arteries to dilate, hence reducing the blood pressure.

If you’re interested in obtaining the full benefits of olive oil, you might as well look for extra virgin olive oil. This means that it is made from the first press of the olive and is therefore the least processed.

Olive oil can be incorporated into your diet in many ways. Anything which you normally fry in vegetable oil can be fried in olive oil. Olive oil is particularly good for stir-frying vegetables, and it adds a slightly nutty flavor to the dish.

Olive oil is also perfect when combined with red wine vinegar as a salad dressing. If you live in North America, it may come as a surprise that drenching a few lettuce leaves in a thick, fatty paste that is thicker than gravy is not the standard way to have salad. Throw out your blue cheese, French, and Ranch dressings, and give olive oil and vinegar a try. Notice how you can taste the salad, now? Isn’t the flavor a lighter compliment to the fresh salad vegetables than the thick, heavy sauce you’re used to?

Olive oil is a great base for simmered and marinated meats, such as fish or lamb. When Mediterraneans do eat red meat, which isn’t often, they choose lamb. For lamb, combine olive oil with garlic and other seasonings for a tasty sauce. For fish and other seafood, use olive oil in place of butter, along with lemon. Here again, olive oil has that lighter flavor which doesn’t overpower the meat, letting the flavor come through.

In pasta, add a dash of olive oil to the water as it rises to boiling temperature and before putting in the pasta. Your pasta will be free of the tendency to be sticky, and will cook more thoroughly.

Experimenting with olive oil will show that it’s a very versatile substance which can form a base for many different flavors. Getting to know it and use it will make you a better cook all the rest of your days, as well as helping you have a healthier diet.