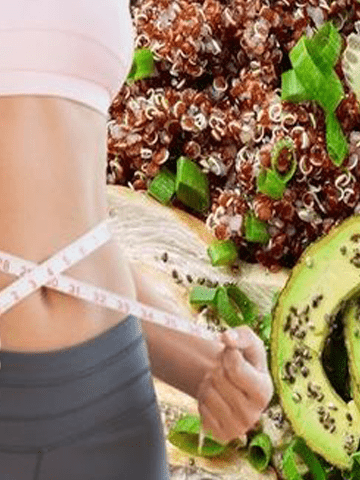 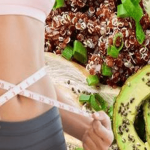 Explains Mediterranean diet weight loss in a brief, believable and verified way. When you announce to your co-workers that you’re going on a diet, you can almost hear the concerned clucks of sympathy. Oh, dear, poor you. What will you be starving yourself on this time? Will you be screening out carbs so you try to live on bacon and beef and end up drooling at the sight of cakes and donuts? Maybe you’ll be limiting yourself to rice cakes, chomping those little round wheels of cardboard? Wait, don’t tell me you’re doing that Sacred-Heart Soup crash diet? Those things are dangerous!

The Mediterranean diet isn’t like that. To see this, one must only attend a Mediterranean restaurant. They aren’t as common in the United States as Italian, Mexican, and Oriental restaurants, but you do find one every now and then, and you’ll discover a loyal following in every one of them. The Mediterranean diet is no new fad or quick weight-loss scheme like other diets; instead, it’s been around for hundreds of years. It’s taken science this long to figure out what it is and why it works.

Of all the sixteen different countries which make up the Mediterranean region, many agricultural factors are held in common. They all have hot dry summers, cool winters, and dry light soil. They all have a diet composed chiefly of fresh fruits and vegetables, and consume wine in moderation daily. They all limit the consumption of eggs, dairy, sugars and starches, red meat, and poultry.

Yet the Mediterranean menu is an exciting palette, stimulating especially to the American taste which has been drowned in hamburgers and french fries. The region’s delicious pita bread is often enjoyed with a serving of spreads such as hummus and baba ganoush, which are composed of ingredients like eggplant, chick peas, vinegar, and of course a generous splash of olive oil. Salads are also featured prominently, again with a preference for red wine vinegar and olive oil for dressing instead of the curdled, milky dressings of the West.

Seasonings are low on salt and the traditional Western pepper, but very high in onions and garlic, plus fresh herbs like oregano, basil, rosemary, mint, dill, fennel, and cilantro. Whole grains are preferred to processed ones. Pastas are popular, especially couscous, and other base foods include rice pilaf, plus a strong showing from the legume group including lentils and fava beans. What meat there is is usually lamb, but there’s a strong preference for seafood including shellfish, anchovies, sole, flounder, grouper, swordfish, and monkfish. If you’re feeling really adventurous, eel, squid and octopus are also fair play here.

Don’t forget that Italy is a part of the Mediterranean, too, so Italian food is part of the diet. However, not Italian like Americans eat it. Drop the pizza except small slices for an appetizer, and cut the pasta to about one-eighth, and never serve pasta and bread at the same table.

The Mediterranean diet is a rich menu with endless variety, and in fact the Mediterranean philosophy tends to recommend a wide variety of foods as opposed to limiting yourself to a few things. But anyone who’s had shrimp on rice pilaf with pine nuts, a side order of falafel, and some fresh, leafy green tea to wash it down, can attest that the Mediterraneans have a better diet idea than any other culture. In fact, there’s no getting around it, these people know how to eat!

Here’s more on %NEXTARTICLE% or you can try the tasty Mediterranean diet today.