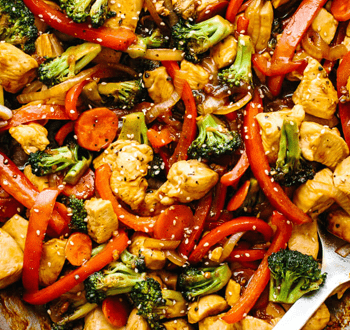 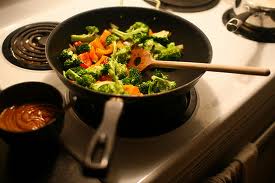 Is it possible to fry your foods without worrying about increasing your risk of heart disease? Well, despite the age old belief that fried foods can inevitably lead to poor heart health and may contribute to the development of cardiovascular diseases, heart attacks and stroke, a recent study proves that frying your foods may not be as evil as people once thought it was. That is, if you are using olive oil and/or sunflower oil to fry your food!

According to the results of an 11-year research conducted by Dr. Pilar Guallar-Castillon and her expert colleagues at the Universidad Autonoma de Madrid in Madrid, Spain, there is no solid evidence linking coronary heart disease and other cardiovascular conditions to frying. The study used the data collected from more than 40,000 participants – all healthy adults between the ages 29 and 69. For the record, these were the very same people who participated in the European Prospective Investigation into Cancer and Nutrition (EPIC), a prospective cohort study that aims to determine the relationship between diet and the development of chronic disease such as cancer and heart disease all over Europe.

After interviewing the participants about their cooking techniques and personal eating habits, the researchers divided the respondents into four groups according to their fried food intake. Results showed that both men and women consumed about 138 grams or five ounces of fried foods per day – representing approximately 7% of all food eaten.

At the end of the study, 606 heart attacks and other cardiac episodes occurred and 1,135 people died from all causes. However, after analyzing the data collected, researchers found no evidence linking the amount of fried food intake with cardiovascular disease or any other causes. This report was published in the January 2012 issue of the British Medical Journal.

However, it is important to understand that this particular study was conducted in one of the countries with the lowest incidence of heart disease and that the results were attained under the context of a healthy diet, specifically the Mediterranean diet. The same conclusions may not be applicable for people who are:

So, what accounts for the big difference? According to Dr. Guallar-Castillon, the main difference lies on the quality of oil used and on the overall quality of the diet. When you fry your food, it loses water and takes up fat. So, when you are using oils which have previously been degraded in the process of frying, your food will eventually soak up the degradation by-products (excess polar compounds). And this is very unhealthy since it increases the amount of trans-fat in your food.

By the way, do you know that the higher the amount of trans-fat, the higher the risk of high blood pressure? The results of a cross sectional study involving more than a thousand respondents in Pizarra, Spain proved that:

You can read the full details of this report in the December 2003 issue of the American Journal of Clinical Nutrition.

However, since fried foods have been proven to raise the risk of cardiovascular factors such as obesity, hypertension and bad cholesterol levels, it is still advisable to limit your intake of foods rich in fats and eat a well balanced diet. Now, if you want to be totally on the safe side, why don’t you consider adopting the Mediterranean way of eating? It is your best bet against heart disease. No one can argue with that!