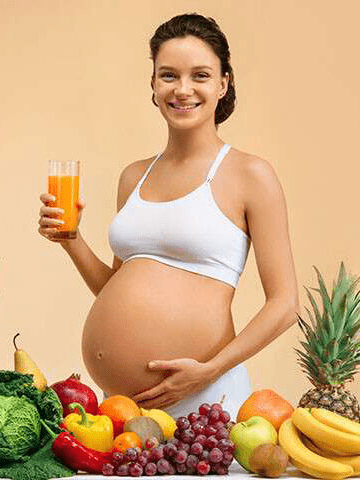 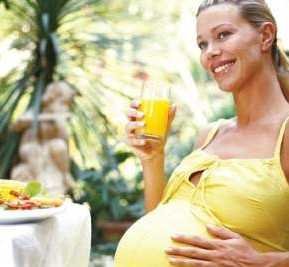 A study performed at the University of Crete has revealed an important link between a pregnant mother’s diet and the impact on the unborn child’s development of asthma and allergies. The pregnant women who stuck to a high quality Mediterranean Diet while pregnant had children with much lower incidences of childhood asthma and allergies. While we all know that it is important to consume healthy foods while expecting, and to avoid such things as alcohol and tobacco, this study has highlighted the critical importance of a nutritious pre-natal diet.

The Mediterranean Diet describes a traditional eating lifestyle found through regions surrounding the Mediterranean Ocean. The basic principle of the Mediterranean diet foods is a diet rich in olive oil, wholegrain cereals, legumes, nuts, vegetables, seeds, and fruits. Low to moderate amounts of dairy products such as feta cheese, eggs, and yogurts are eaten. Fish is consumed on a more regular basis than red meat, which should only be eaten in minor amounts. Wine, especially red, is allowed in a moderate amount, so long as your doctor clears alcohol consumption.

The Mediterranean Diet is rich in carbohydrates, antioxidants, and fiber. While the diet is low in saturated fatty acids (think bad Western style oils and fats), it is high in monounsaturated fats found in olive oil and fishes.

Researchers suspect that the high levels of antioxidants contained in the Mediterranean cuisine may play a crucial component in protecting the unborn child from childhood asthma.

This particular study was conducted by the University of Crete and involved 507 pregnant women from the Spanish island of Menorca, starting back in 1997. Researchers followed these women and their 468 children for the next 6 1/2 years. (Some children were excluded for a variety of reasons.) The children were monitored annually for obvious signs of asthma, and also underwent skin prick tests for the more common air borne allergens.

Parents filled out questionnaires concerning their children’s health, and both the quality of their own and the children’s food consumptions. Points were allocated for various Mediterranean foods. The questionnaires looked at quality, quantity, and also the inclusion of Western foods such as fast foods and Western sweets. 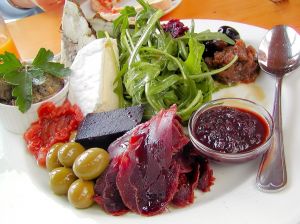 A high quality and healthy Mediterranean Diet was determined to be a minimum of legumes more than once weekly, fish at least 3 times per week, and vegetables at least 8 times weekly. High levels of olive oil, nuts, and grains were also consumed.

One interesting fact to note is that the mothers who ate red meat more than 3 or 4 times weekly had children with increased risks for both asthma and allergies.

Asthma is the most common chronic childhood disease, with more than 300 million people worldwide affected, according to the World Health Organization (WHO). Consuming the Mediterranean Diet when pregnant would appear to be a simple method to protect children from birth onwards of both asthma and allergies. Researchers suspect that the fatty acids contained in the fish assist in decreasing potential inflammation, along with the increased levels of antioxidants which aid in tissue health.

If you like this article and would like to see more research on the Mediterranean diet, please bookmark it on either share it or onlywire below. It helps us get the word out.