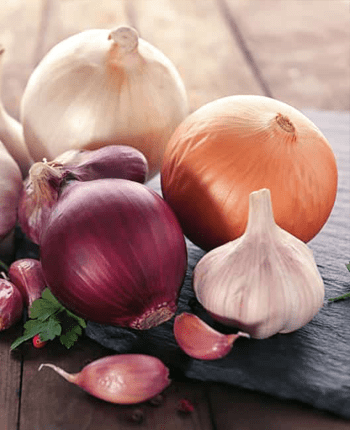 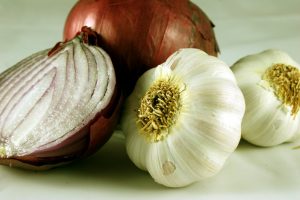 If you want to live a healthier, longer and fuller life, you may want to avoid using salt and use garlic to add flavour to your foods instead. The “stinking rose” as others affectionately call it, does not only help lower your blood pressure levels, it also promotes good cardiovascular health and has the power to ward off cancer. Additionally, garlic has excellent anti-inflammatory, antibacterial and antiviral properties that can help fortify your defenses against a lot of diseases.  Just how does the lowly garlic do all of these? Let us count the ways!

A Closer Look at Garlic – One of Nature’s Superfoods

Garlic (Allium sativum) is a plant species belonging to the lily family and is closely related to onion, shallot, leek and chives. It has been extensively used as food and as medicine for thousands of years – even dating as far back as the time of the ancient Egyptians.

Garlic plays a major role in history and is even mentioned in the Bible as well as in the Talmud. It was reportedly given to slaves during the time when the Giza pyramids were being constructed. The greatest minds in the history of medicine including Hippocrates, Galen and Dioscorides all prescribed the use of garlic in treating various medical conditions. Gravediggers in 18th century France also partook of the medicinal properties of garlic by mixing it with their wine. They believed that by doing so, they will be spared from the Great Plague.

So, what makes garlic the virtual cure all for a wide variety of ailments? Well, the sulphur compounds present in garlic may have contributed a lot to its wonderful medicinal properties. Additionally, it also contains a host of other nutrients including manganese, vitamins B1, B6 and C, calcium, copper, phosphorus, selenium and a number of essential amino acids.

Studies on Some of the Health Benefits of Garlic

Prevention of the Common Cold

According to the results of a double-blind, placebo controlled survey conducted by Peter Josling of the Garlic Center in East Essex, United Kingdom, garlic supplements can effectively help prevent the occurrence of the common cold. To prove this, he selected 146 volunteers and divided them into two groups. The test group was given a 12 week once a day garlic supplementation from November to February while the control group received placebo capsules. After the trial period, it was recorded that the test group significantly had fewer incidences of colds. Those who did get infected recovered faster than those in the control group. The study was published in the July-August 2001 issue of the Advanced Therapy Journal.

The Role of Garlic in Preventing Heart Diseases

In a study published in the November 2007 issue of the Proceedings of the National Academy of Sciences of the United States of America, the beneficial effects of garlic in preventing the progression of cardiovascular diseases was highlighted. According to researchers at the University of Alabama, the hydrogen sulphide gas produced after the chemical compounds found in garlic are metabolized seems to be the one responsible for its beneficial cardiovascular properties. It relaxes the blood vessels and increases blood flow to prevent the development of blood clots.

The Role of Garlic in Cancer Prevention

Based on the meta-analysis of Italian and Swiss case-controlled studies, researchers from the Istituto di Ricerche Farmacologiche “Mario Negri,” in Milan, Italy found that garlic (and onions) has the ability to help control and prevent the onset of several forms of cancer. Full details of this study are documented in the November 2006 issue of The American Journal of Clinical Nutrition.

Are you starting to realize just how effective garlic can be in promoting better health? Well, you should be. In fact, there are several other health benefits that can be attributed in using garlic. And that’s what we’ll be discussing next.

Hope this has been quite helpful,