The Many Health Benefits of Cherries 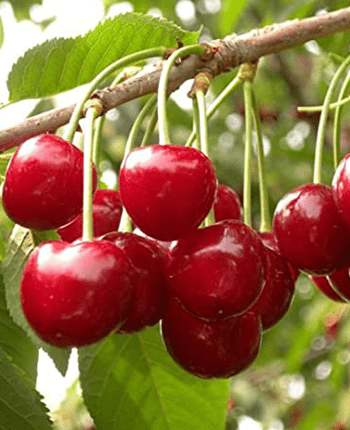 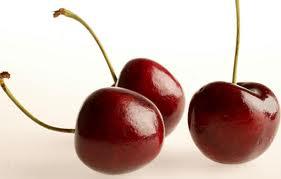 Did you know that the health benefits of cherries can be a little more than what you have previously expected? If you are not yet aware of it, you need to know that these unassuming fruits are quite a powerhouse when it comes to nutrition. Do you want to know more about what cherries can do for your health? Okay then, let’s start

For every one cup serving of fresh or frozen tart cherries, you can get as much as 25% of your vitamin A daily requirement, about 8% of your dietary fiber requirement and approximately 4% of your daily vitamin C and iron requirement. However, it is interesting to note that you can get up to about 45% of the Daily Value for vitamin A when you consume about half a cup of dried cherries instead.

Additionally, tart cherries are known to be one of the natural foods that contain the highest level of antioxidants. In fact, according to a study published in the 2006 issue of the American Journal of Clinical Nutrition, tart cherries gets the top 14th spot when it comes to antioxidant content per serving size. I bet that came as a surprise, right?

Given these basic nutritional information, let us explore how tart cherries can be good for your health, shall we?

By making cherries a regular part of your Mediterranean diet, you can:

Additionally, researchers observed that drinking tart cherry juice on a regular basis, long distance runners experience less aches and pains after running a race as compared to those who didn’t. This particular study was published in the 2010 issue of the Journal of the International Society of Sports Nutrition. Similar results were observed and documented in earlier studies.

Reduce arthritis symptoms. According to a study published in the 2003 issue of the Journal of Nutrition, by eating two servings of cherries after an overnight fast, healthy women showed a 15% reduction in their uric acid, nitric oxide and C-reactive protein levels, chemical markers that are associated with most inflammatory diseases such as gout and arthritis.

Protect yourself from oxidative stress. Cherries were found to be one of the natural foods that contain the highest levels of antioxidants. In fact, the US Department of Agriculture recognizes cherries as one of the fruits that contain the highest oxygen radical absorbance capacity (ORAC). You should know that the higher the ORAC score, the more effective a particular food is in absorbing and deactivating free radicals.

Keep your heart healthy. The cardiovascular benefits of adding cherries into your diet have been the subject of numerous studies and the results have been significant, to say the least. In a five month study involving laboratory animals, it was established that a cherry-enriched diet can reduce the occurrence of body inflammation by as much as 36% and may lower total cholesterol levels by as much as 25%. It was further observed that the animals that were fed a cherry-enriched diet had a 65% reduction in early death as a result of better cardiovascular health. It’s really quite impressive, don’t you think so? This study was published in the 2007 issue of The Journal of the Federation of American Societies for Experimental Biology.

While this list may seem to be quite impressive, the health benefits of cherries do not end here. There are still a lot of ways by which you can benefit by adding cherries to your regular Mediterranean diet so stay tuned for more!